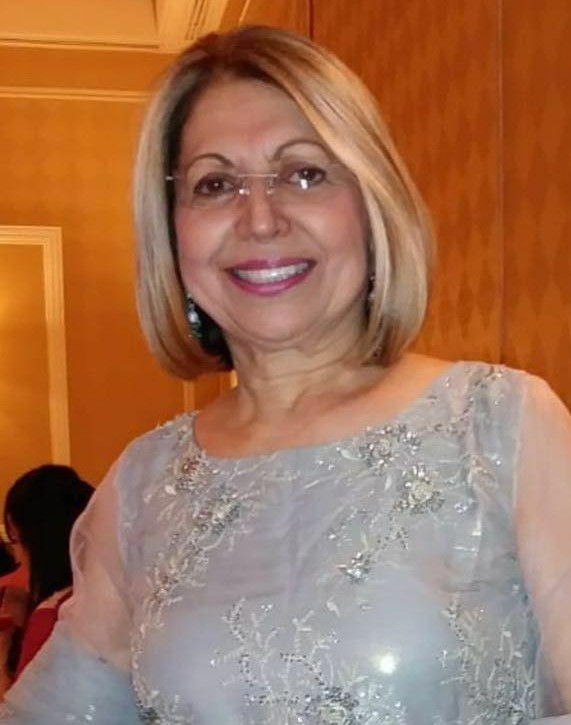 Mrs. Kasur Khan was born on September 25, 1949 in Peshawar, Pakistan. Her father, Abdullah John, was a judge and her family lived in many cities like Rawalpindi and Lahore in Pakistan. This allowed her the opportunity to travel throughout her life and understand the various cultural differences that existed in different parts of the country.

She learned to speak Pashto, Urdu, Hindko, Hindi, and English. She grew up in a very secular, liberal home environment and attended schools and colleges run by Christian nuns.

She married a doctor from USA in 1968 as arranged by her family and moved to the USA in 1970, eventually relocating to Canada.  Kausar Khan returned to New York after separating from her husband in 1982, working as a Montessori schoolteacher and raising her daughters. She was happy that her two daughters who were in college at the time supported her decision to re-marry in 1992 to a good family friend, an Indian American.

With her very multi-cultural upbringing and her personal experiences she is happy that her daughters have found good life partners and are raising families with the same liberal values that gave her strength and courage throughout her life. She moved to Rossmoor with her husband Amir Khan, a well-known hockey player from India in 2014 and enjoys being part of a diverse community in New Jersey.

Manage Cookie Consent
To provide the best experiences, we use technologies like cookies to store and/or access device information. Consenting to these technologies will allow us to process data such as browsing behavior or unique IDs on this site. Not consenting or withdrawing consent, may adversely affect certain features and functions.
Manage options Manage services Manage vendors Read more about these purposes
View preferences
{title} {title} {title}