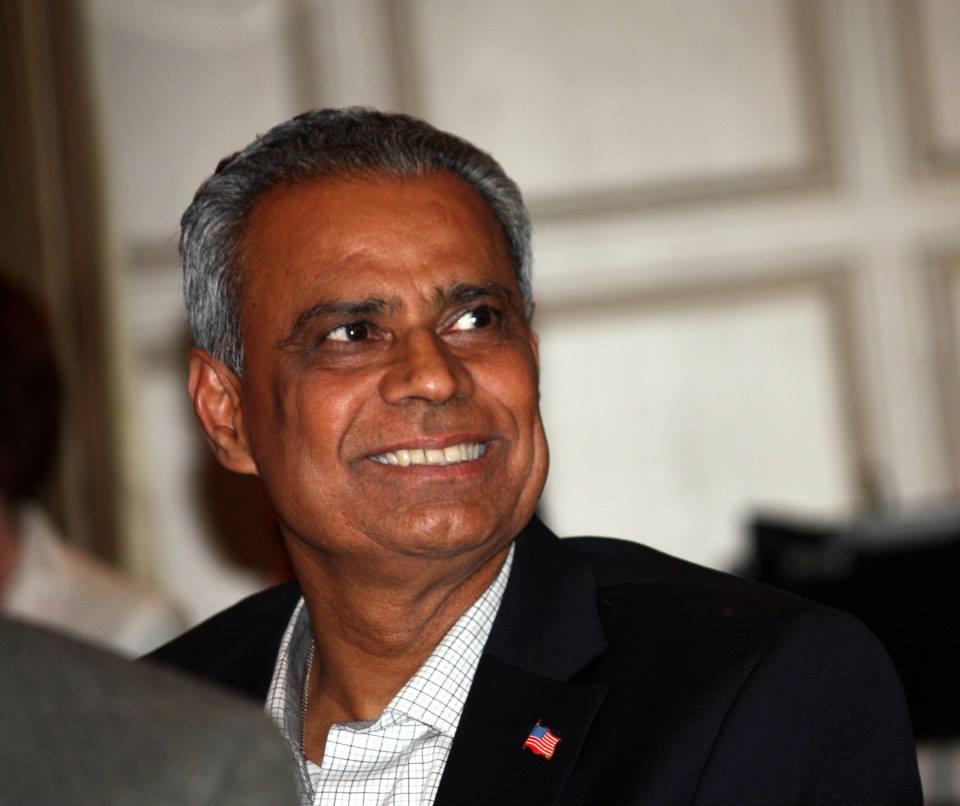 Upendra Chivukula was born into a Brahmin family on October 8, 1950 in Nellore, India. His parents married in 1941. Chivukula’s grandfather on his father’s side was born 30 miles away from Nellore. His father attended VR Law College in Nellore. Chivukula’s mother was born and raised in a village and her education was halted in the seventh grade. While raising a family, she taught private music lessons.

At the age of 2, Chivukula’s family left Nellore for Chennai (previously known as Madras) in the Indian state of Tamil Nadu located off the Bay of Bengal. Chivukula spent 22 years of his life at Chennai where he attended 3 different schools because of his family’s frequent moves. Chivukula’s family endured a life of hardship in Chennai. Both parents worked hard to provide for the family, but there was little money to go around. Thus, Chivukula remembers the children pitching in, not only by working outside of the home but assisting with the cooking and cleaning. Since Chennai belonged to a bilingual state, Chivukula learned Telugu, his mother tongue, and Tamil. When the Dravida Munnetra Kazhagam Party replaced the Congress Party in government, Chivukula recalled a period of anti-Brahmin sentiment that resulted in discrimination against Brahmins. This discrimination affected Chivukula’s admittance into college.

During his early childhood, Chivukula used to walk several miles to a crowded school with no air conditioning. He was studious but also participated in activities such as public speaking competitions and sports like cricket, kabaddi, wrestling, and soccer. Furthermore, Hinduism was an important influence. In high school Chivukula attended the Hind Theological High School where his principal encouraged him to continue pursuing his education.

With the outbreak of the 1971 Indo-Pak War, Chivukula noted the fear in India of an American attack. During the war, the U.S. positioned a task force of the Seventh Fleet in the Bay of Bengal, which India regarded as a show force in favor of Pakistan. Also, Chivukula attempted to join the Indian military but did not meet the physical qualifications.

Chivukula received a government scholarship to attend an engineering college where he specialized in electrical engineering. Despite receiving government assistance, Chivukula still had a difficult time traveling to and from the college.

Upon graduating college, Chivukula moved to his uncle’s residence in Mumbai to search for work. There he was employed by Ion Exchange Limited, where he worked on an ion exchange process for water purification, designed and oversaw the installation of control panels, and also took classes in German.

Initially, Chivukula wanted to immigrate to West Germany to continue his education. However, a family friend recommended that he attend City College in the United States instead. With the aid of a sponsor in India, Chivukula obtained a visa from the Mumbai Consulate to travel to the U.S. After an international flight with Lufthansa, which took him through Frankfurt and Montreal, Chivukula arrived at New York on September 12, 1974. Arriving in the U.S. for the first time, the cold weather and variations in English were cultural shocks.

Chivukula worked to support himself while attending City College and initially lived in a group home with Orthodox Jews. Then, he moved to Spanish Harlem in 1975 to shorten his commute.

Chivukula had an extensive career in engineering. For a time, he worked for CBS and then moved on to a wastewater treatment job in Pennsylvania. While working these jobs, he met his wife. Moreover, he was later employed by AT&T Bell Laboratories of New Jersey. There he worked as a system engineer where he managed special circuit design while also conducting a best practices project for the Department of Defense for the Navy. In addition, Chivukula worked in microelectronics in Homedale, New Jersey where he contributed to digital signal processors, speech recognition, and speech synthesis applications.

Chivukula has also been involved in community projects. He has been a members of various South Asian community groups, one of which assisted South Asians immigrants in developing leadership skills, adjusting to American culture, and assistance in speech. Furthermore, Chivukula participated in Asian American Affirmative Action, a group which advocated for placing Asians in management positions.

Chivukula embarked on a career in politics.  A Democrat, he became the first Indian American elected to the New Jersey General Assembly in 2001 (only the fourth Indian-American to be elected to state office nationwide).  He represented the 17th Legislative District in the Assembly from 2002 to 2014 and served as the Deputy Speaker. He currently serves as a Commissioner on the New Jersey Board of Public Utilities.